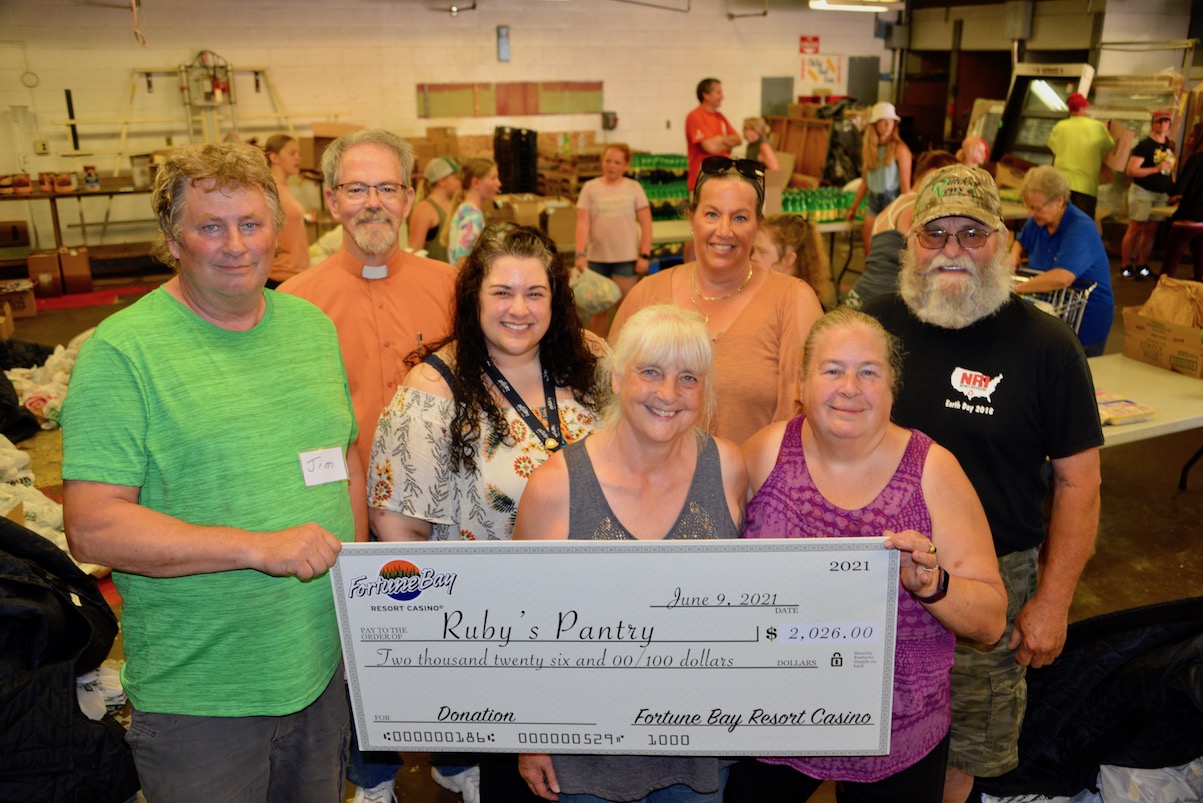 Working Together to Support Ruby's Pantry

The staff at Ruby’s Pantry were overwhelmed with joy last week when they received a check from Fortune Bay and its guests for over $2,000 for a recent Ticket in Ticket Out promotion.

“We thank Melissa and Fortune Bay so much for even considering us because we know there are so many other people and non-profits that need this,” said Ruby’s Pantry Julie Hindermann as she took a brief break from her duties. “We just want to say thank you to everyone who helped us out.”

Fortune Bay’s Melissa Abts is the one who suggested helping Ruby’s Pantry, which held its monthly distribution last week out of the former Cook High School Building. The facility was booming with activity as volunteers from all walks of life and ages were assembling food packets for those in need.

The sweltering heat didn’t make the job easy, but laughter and smiles filled the school as the group of volunteers, which include members of the local First Baptist Church and the St. Paul Lutheran Church-Alango in Angora, enjoyed their role in giving back to the community.  Prisoners from the Minnesota Correctional Facility in Togo also lent a helping hand by distributing boxes of food to those taking part in the monthly giveaway.

“Our community needs this,” said Hindermann. “We figured out numbers last year and we estimated that we are helping 250 to 300 people a month.”

She added the support from the local churches has been instrumental in allowing them to help so many people. She said the youth groups from the churches, along with the entire congregation, all play a key role in enabling this program to prosper. Those wanting to partake in the food distribution are asked to contribute $20 per month. However, if the person cannot afford the $20, that fee is waived.

“We are blessed,” said Hindermann of the help they receive from the churches and the Correctional Facility. “They all want to do their part and it is appreciated.”

St. Paul Lutheran Church-Alango Pastor Dan Kerr praised the work that was unfolding around him during the distribution. He marveled at the assembly line-like efficiency in getting the food packages ready to go.

“It’s unbelievable,” said Pastor Kerr, who has been with the church since May of 2018. “Julie is the one who runs this, and it has grown exponentially because of her efforts and the contributions we receive from those who believe in our cause.”

When Kerr tries to describe what it’s like to live in the Cook-Angora area, he likes to tell people a simple message.

“I tell them that it’s like living in Mayberry,” said Kerr in reference to the fictional town made famous by the Andy Griffith TV show. “Everybody knows everybody—so when you see this kind of turnout, it really shows this is a community that cares about those who live here.”

“It’s really encouraging to see this,” said Kerr. “It’s great to see them all work together. This is the first time since the pandemic that the inmates have been back too, so it’s wonderful to see them again. They are a real blessing, especially to the young people as it shows them if you turn the wrong way, you might end up there, but there is also a road to redemption.”

And on this particular afternoon, the road to redemption was paved with good deeds being performed by good people.

“To see the smiles on the faces of those we serve is worth all of the hard work being done,” said Hindermann. 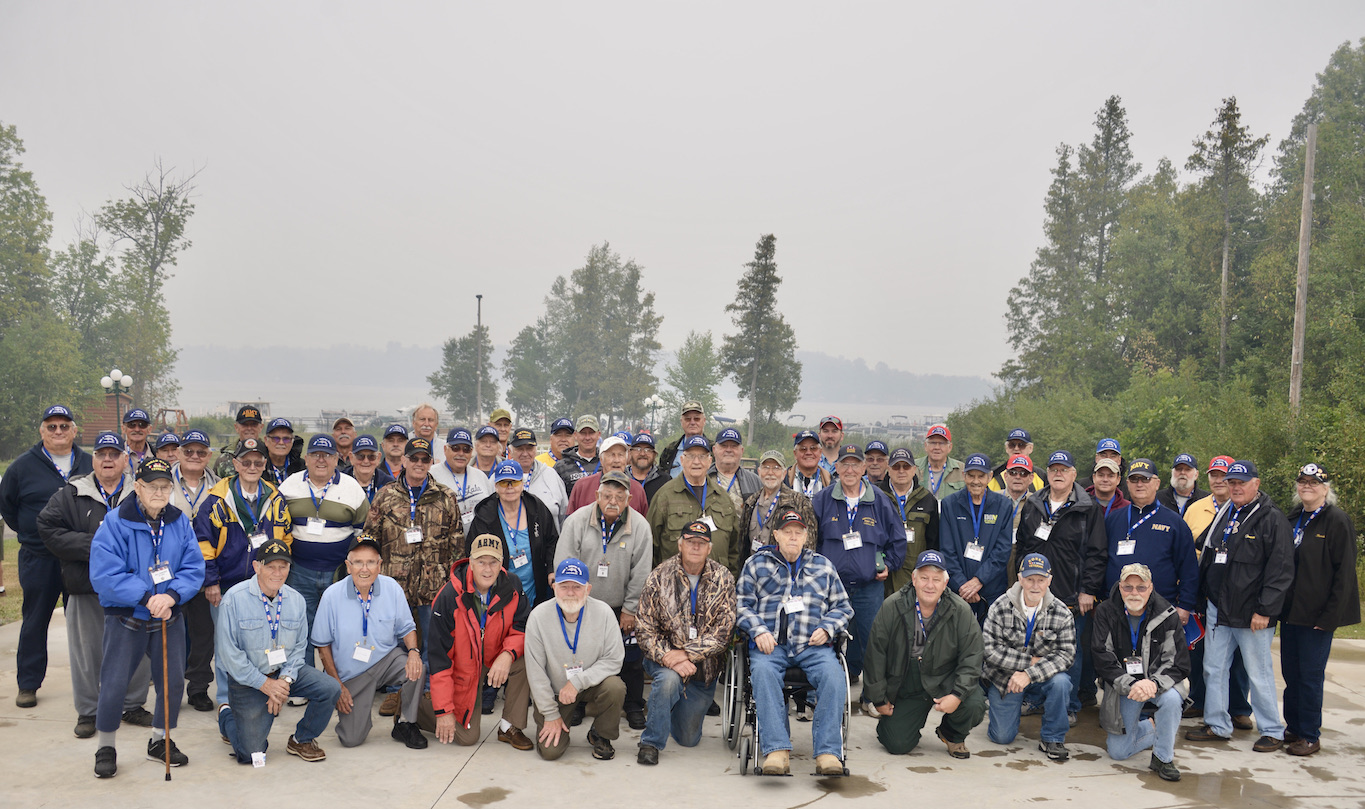 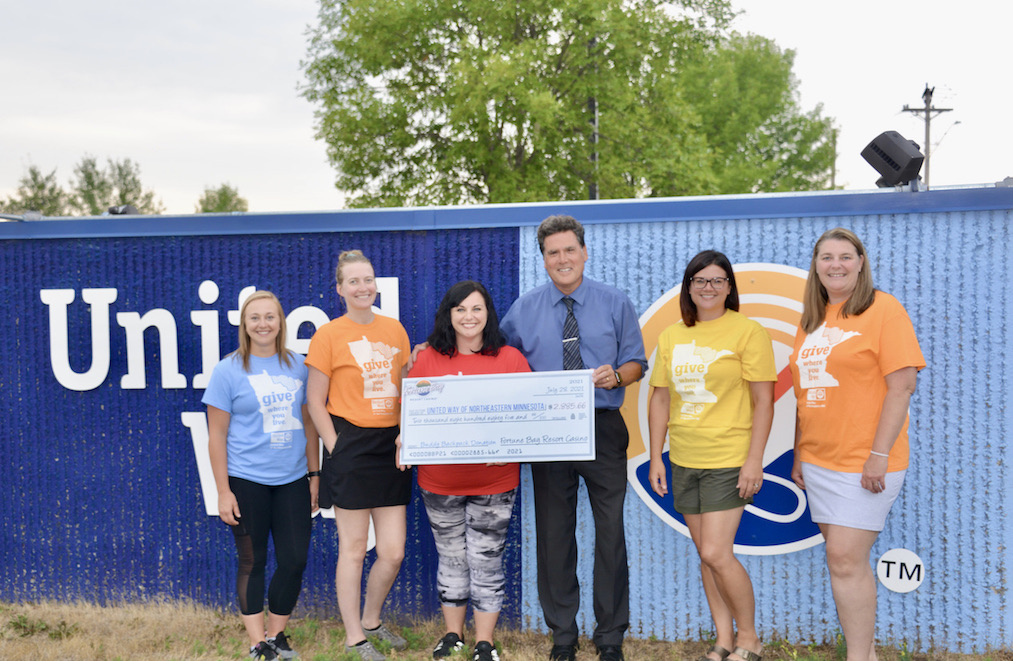 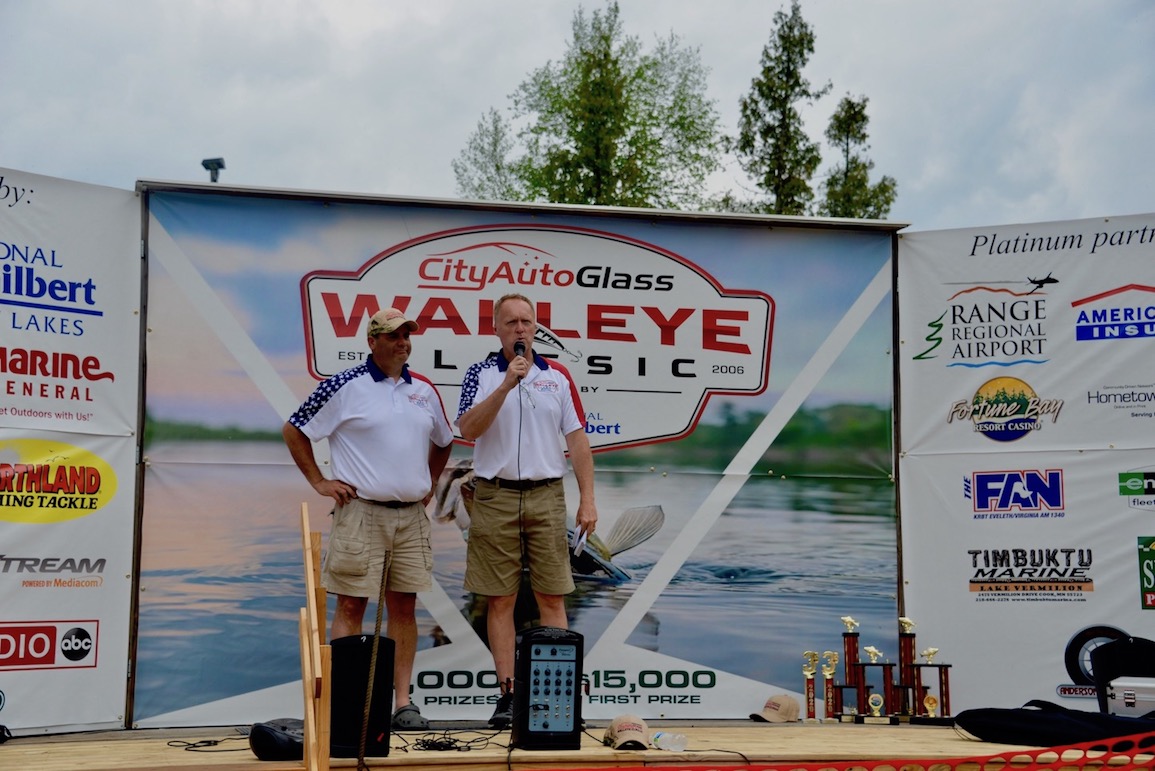